WOOHOO! It’s the weekend and what better way to celebrate than with naughtiness… ? Have I got naughtiness? You betcha. Brace yourselves. 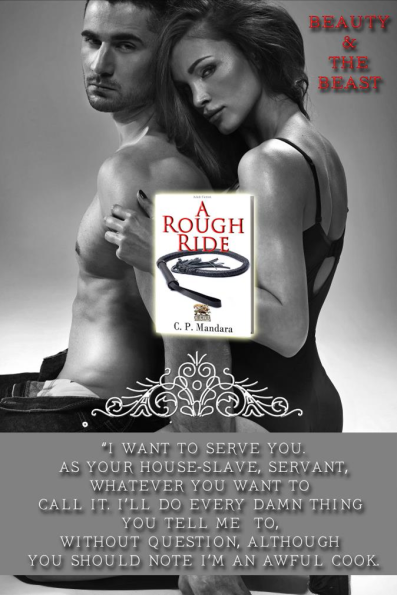 Jenny watched as the vet lubricated the plugs which rested on the seat of the latex, currently beneath her legs, and tested the mechanisms. A faint whirring sound could be heard as they began to hum and shudder, and before long they began to grow in size, both in length and width. They were constructed in flexible, black plastic and looked like they could do internal damage. She trembled and tried not to watch as he tweaked the dildos this way and that, watching them inflate and deflate on cue. They would be inside her soon. Strangely enough, the thought was not abhorrent. Her pussy was already clenching in its eagerness to receive them. Oh dear Lord. It was official – she was nuts. As the two men pulled the suit up around her thighs, one of the plugs gave the merest tickle upon her sex and she moaned with fervent need. Oh yes. Directing her hips downwards in order to try and rub herself against one of the dildos, she was immediately thwarted in her attempts by a swift slap from her nemesis who quickly aligned both of the sculpted black shafts with the correct penetrable holes. She purred. Embarrassingly, when he pushed them forward they began to slide smoothly into place, both of her entrances having been already lubricated by the previous, skilled antics of Domingo and Armand.