Hello and welcome to one of the best days of the week – #MM or MasturbationMonday! Today I have a snippet from ‘Named and Shamed’ and we’re talking spankings! Brace yourself 😉 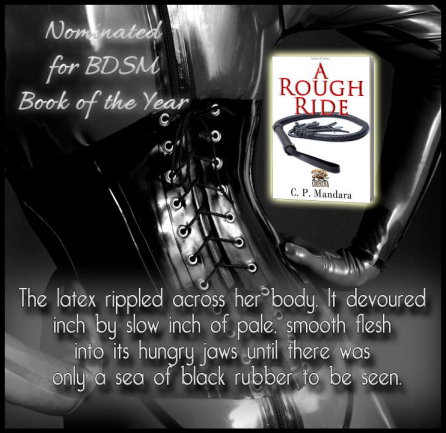 Repositioning herself over the cold, wooden table, she felt it flatten her ample breasts and dig into the soft flesh of her stomach. Letting her chin rest squarely on the polished surface, the belt dangled from her teeth and grazed the floor. Sensing his impatience, she stiffened in anticipation and could almost feel the waves of tension radiate from his taut frame. It was odd, but she had never seen him anything but sub-zero cool and calmly in control of all that he surveyed, even when he stood to lose millions. Neither money, nor business was responsible for his mood and she would happily bet on the fact. Her curiosity was piqued. It would stay that way. Her claws were well and truly sheathed in all dealings with this man. When hands that were always rock-steady shook when he grappled with her skirt, she didn’t know whether to be pleased or terrified.

That focused her attention. She’d forgotten the amount of trouble she’d managed to mire herself in and she’d barely been with him ten minutes. Marianna was going to have to try harder to succeed, if she didn’t want to fall at the first hurdle and return to her potted palm and dreary life of celibacy.

The first thing she needed to tackle was the problem of begging. How did you beg to be whipped with a leather belt still firmly clutched between your teeth? With difficulty, she surmised, especially as Matthews himself was providing a great many distractions in the background. There was the rattle of a cupboard door being opened, the jingle of metal upon metal and the pacing of an agitated man to contend with. After a quick deliberation of garbled begging through thick leather versus a little bit of initiative on her part, she took a calculated risk. Removing her hands from beside her head, she pulled the belt from her lips and lofted it high in the air.

‘Spank my ass, Sir.’ Her voice came out throaty and breathless, though the effect was not intentional. The plea was met with an eerie silence, broken only by the torrent of rain that continued to pour down against the glass. Marianna bit her lip and wondered if she’d just made the biggest mistake of her life. Finally, a terse ‘fuck,’ broke the monotony of rain splatters. The thing was: she had no idea if that was a good or bad word where her boss was concerned. Her heartbeat stuttered inside her chest. There was no room for failure. Please let it be a good word, she crossed her fingers and released her wish to any deity that would listen.

Mark was stunned. He had been bent over his chair, wrestling with several pairs of handcuffs with the key held precariously between two fingers when she had propelled his belt above her head and pushed her ass upwards on the desk, nearly taking his eye out. He’d had to blink several times when she had almost commanded him to spank her ass. So shocked was he, that the key had fluttered through his fingers to land under his immoveable desk. He had ventured down on his hands and knees, and the irony of this did not escape him, before he realised that the endeavour was fruitless. It would take several men to move that great hulk of furniture, but, lucky for her, had a heavy-duty magnetic ‘pick-up’ pen for just such emergencies. If it didn’t work there was a spare key lodged with reception, but the thought of calling the fire brigade in when he’d finished with her amused him somewhat. Cheeky little slut. She deserved to suffer a little after that stunt, so he’d probably play with her for a while, but he couldn’t deny that her actions had changed the heat rating within his bloodstream from a slow simmer to a frothy and explosive boil, instantly.

The first of the larger cuffs snicked around her ankle and its pair was locked to the bottom rung of his desk drawer.

‘Submissives in my employ do not wave their arms around and command, they beg sweetly. Are we clear?’ His tone was clipped as he repeated the same action on her opposite leg, attaching it to the opposing drawer.

‘I’m sorry, Sir. Yes Sir.’ Her tone was meek and repentant. She had just managed to make yet another stupid mistake. How many more she would make this evening was anybody’s guess.

He barely noticed, too absorbed in watching the way her skirt was stretching, as her splayed legs were placing severe stress on the seams.

‘Splay those legs wider, Marianna,’ he barked. ‘I want those cuffs at their absolute limit.’ The clang of metal was the first announcement that his wish had been complied with and the sound of fabric rending, the second. Her skirt could not take the strain. He wondered, idly, if she would be able to. Admiring the curve of her naked thigh beneath the broken seam, he tore the rest of it between his two hands until the ragged split was around her waist. Tendrils of black cotton floated through the air and sank to the floor unnoticed. His attention was on her two perfect buttocks, both of which awaited the sting of his belt. Creamy and pristine, he was going to enjoy leaving his mark upon them, marring them for his pleasure. Pulling the belt roughly from her fingers, he looped it in two and dragged it, with infinite slowness along the concave curve of her slender back. Giving her left buttock no more than a gentle tap, he was nearly reduced to dribbling when the delectable half-spheres squirmed. Moving around the desk, so he could examine her expression, he opened his lips to whisper in her ear, ‘Do you want me, Marianna?’

‘You’ll need to do better than that, slut, if there’s to be any chance of my cock gracing one of your three holes this evening.’ He raised both eyebrows in challenge. He’d thrown down the gauntlet, the question was: could she fight?

Other players to watch out for in #MM are: