Hello fellow naughty pervs and pervettes. It’s that naughty time of the week where we get to cheer ourselves up because, yep, it’s Monday again…

What better way to brighten up your week than with a spot of hands on touchy feely action? Yes, we’re back with Violetta the Virgin and she’s about to get a little taste of pleasure and find out just what her hands can achieve… with a little instruction of course 😉 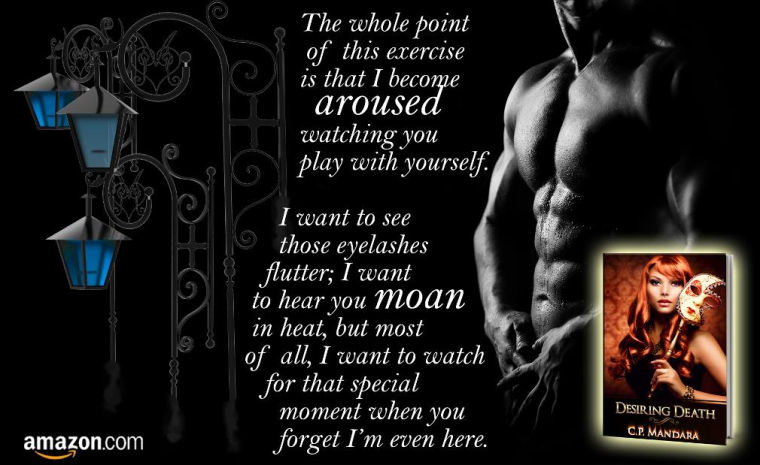 ‘The next time you fail to obey my order immediately, I’m walking and I’m not coming back.’ The biting words rang out loudly and echoed in her head. If Violetta was in any doubt to the sincerity of them, one glance at his humourless face told her all she needed to know. The man was deadly serious. Well, what did she expect? It wasn’t as if he had a conscience. He was a deranged, monstrous, sexy-as-hell, drop-dead-gorgeous blood-sucker and she’d do well to follow his instruction to the letter and run whenever an opportunity presented itself. For now, she was going to do everything he said. It helped that a hundred-weight of endorphins had now started to rattle through her body at breakneck pace and all she wanted was for the beast to get his hands on her and show her a good time. She’d heard so much about the act of lovemaking, and had yet to put any of it into practise. Now that she had no choice but to follow his every instruction, the embarrassment of being watched left her, to a degree, and she began to explore her body as instructed.

Long fingers stretched out and fanned themselves over the generous expanse of her cleavage, giving the twin mounds of protruding flesh little more than a gentle sweep of her fingertips. Violetta had never thought about touching her body before and was surprised to discover that even a gentle touch was actually quite pleasant. Ignoring the dark, brooding, sexy vampire, who was now eye-balling her wet dress and the many curves it revealed from head to toe, she let her fingernails scrape across her delicate flesh, delving inside the wet folds of material that flopped all around her. When they caught the underside of her breasts, she bit her lip and inhaled deeply.
It wasn’t long before she was experimenting with different touches. Her thumbs applied a little pressure to her outer curves and then she allowed them to massage the soft skin in small, concentric strokes, pressing harder and harder until it achieved the desired result – a soft groan of pleasure. If she’d known how much fun this would be, she’d have done it years ago.
‘You’ve only just begun, Princess. When you progress to the nipple, you’ll find out what you’ve really been missing.’ He wore a large smirk across his face as he greedily took in her body and hands, but at that moment in time, she couldn’t have cared less. With each soft stroke, she felt herself relaxing into the soothing heat of the water and the large hands that cushioned her backside and wrapped around her neck. The feeling that washed through her was one of safety and protection, although she knew all too well how insane that was. The thought fizzled out as soon as it formed, almost as if someone had whipped it out of her brain. Surely not. That couldn’t be possible could it? Her hands faltered in their task.
‘I want to see those nipples hard, cherie. I want to admire them poking through the wet fabric of your dress, proudly stating their intentions. They need to beg to be taken. Get them as hard as you can, Vi, so the feel of my hot tongue and lips against them will be almost painful, for I mean to show you just how sensitive those delicious nubs can be.’ He brought his lips to the shell of her ear and began to nibble at her lobe. Wondering how she could concentrate on anything with his warm breath tickling her neck, somehow, she managed to obey. His voice, dark, sinister and dangerous as hell, had a tone that compelled her to follow and hang off his every word. She was in no mood to fight its insidious pull, for her body was in heat. Finger and thumb had now paired together in a pincer grip and she was lightly pulling at her left nipple. The feeling was exquisite. Her body arched up, out of the water, and his two hands had to catch her as she swiftly returned. Little tendrils of electric pleasure flowed through her as she repeated her actions over and over, alternating between both of her breasts until she decided to get greedy. Playing with them both at once, but this time letting her fingertips tug at the delicate teats more sharply, she revelled in the fierce pressure and gasped at what the additional stimulation did to her. Arousal flowed through her, bursting out of every pore, driving her insane with the need to move, squirm and undulate her body. It wanted something, she had no idea what, but there was definitely something her fingers were seeking. They moved faster, tugged harder and squeezed her flesh almost painfully in their quest for that elusive, indefinable something. What was it that she now craved with an almost ethereal passion? Her hands were not going to stop until she discovered the answers to her questions… 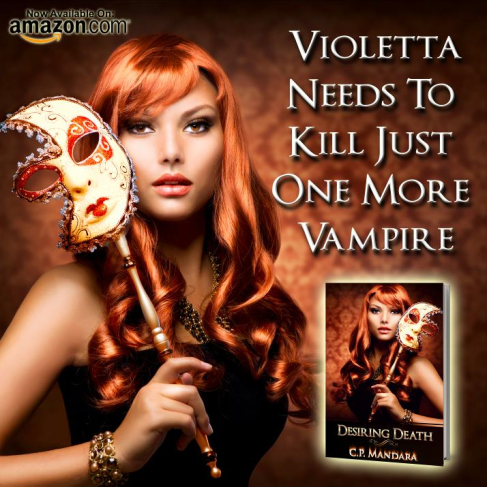 2 thoughts on “#MasturbationMonday – #Playing With Herself”