Hello MOAN DAY ers! It’s Monday, it’s a NEW YEAR and I bet your all rushing around trying to sort out those resolution thingies, right? Well, how about you sit down, get a cuppa and have a look at some naughtiness 🙂 Some things never change…

The Ties That Bind

“I trust everyone’s seated and eager for the proceedings to begin?” The unmistakeable sound of Redcliff’s rasping voice came over the loud speaker and as it did so, the stage began to light up in slow degrees of soft grey until a vignette of light surrounded the bound pair, turning them into black and white portrait. Mark was a little surprised, if he were honest. Full colour was usually more visually effective, but he was positive Redcliff had his reasons. Sure enough, when an arc of purple electricity shot across the stage and crackled loudly enough to make everyone in the room jump, he finally understood the gloom. Shit. His fingernails gripped the edges of his enforced chair. If he wasn’t much mistaken, he was about to be treated to a violet wand display, and that was going to draw more screams out of the girls than a big dipper at a fun fair. This was not good. This was not good at all. Several more arcs of electricity followed, sending beautiful purple lightning strikes across the stage and it lit up the room with a soft neon glow.

“Have you ever tried the violet wand with the Wartenberg pinwheel, Matthews? If you get it just right, it feels like the steel spikes of the wheel are actually slicing the flesh. It’s a masochist’s dream, so I’ve heard. It’s a shame that neither of these girls are masochists, but at least you’ll get a pretty good idea of their pain tolerance level by the end of this number.”

Mark’s fingers tapped agitatedly across the wooden arms of his chair. He’d seen rather too much of the pinwheel lately, and had no desire to see it again used thus, but there was little he could do about it. Listening to Redcliff’s voice boom inside his head was an unpleasant experience, but he suspected it was nothing compared to what was coming next.

Isabelle, upon hearing Redcliff’s intentions, struggled furiously upon her bench, but interestingly enough, Jennifer remained perfectly still and composed. He suspected she had no idea what a violet wand was and assumed it would be no worse than a harsh spanking or cropping. She was in for a shock in more ways than one. 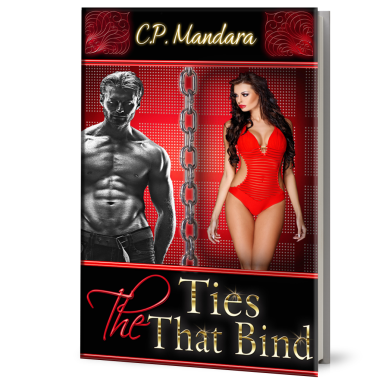