Is it Sunday already? Well that means it’s time for the Mile High Muses Blog Hop! Hmmm… a lazy Sunday morning in bed… what should I give you to dribble over? Oh, hang on, I know just the thing!

Gritting her teeth Jenny grimaced and gave him what he wanted; the lewd sight of her backside jiggling this way and that as he continued to spank it. His hand now felt like sandpaper on the sensitised flesh. How much longer would she have to endure this? The clamps continued to bite into her tender nipples, and as she swayed to and fro she could feel them moving with her, the ache increasing with each passing second…

If Jenny thought life was hard under the expert tutelage of Mark, being faced with a stable full of sex-starved pony girls poses several more challenges. For instance, how do you bring eleven young women to orgasm in a timely fashion? But to her surprise, tackling the problem with experimentation and enthusiasm, she finds herself enjoying the experience.

When training begins it is anything but enjoyable, however. Harnessed in pony girl tack, her body is encircled with leather, rubber and steel. It nips, chafes and rubs cruelly, especially when she’s faced with a morning of naughty games in the exercise yard.

In Book Four of Pony Tales Jenny earns herself several punishments, and is subjected to some very thorough sex indoctrination she has to submit to the whims of her groom, trainers and even the stable-hands. Will rescue arrive or will she have to beg to be released, with nothing more than her body as currency? 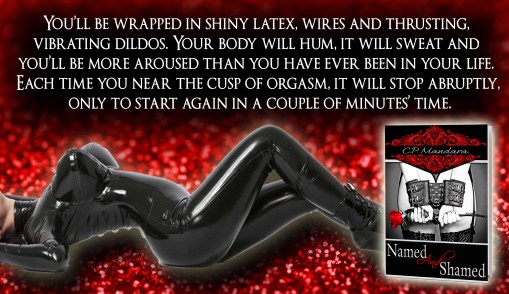 “I want to register my interest as trainer for Miss Redcliff or Petal, as I believe she has now been named. I am also interested in being entered into the secondary auction. As this is a first for me, can you tell me exactly what that entails?” Without being asked, Mark sat himself down in the padded office chair that sat opposite her. He rubbed his clean shaven jaw in his hand thoughtfully and awaited her response. He did not miss the slight stammer as she began her first sentence.

“The secondary auction is for Petal’s, ah, um, virginity, if you know what I mean.” Isabelle wanted to hide her face under her desk. Where had all her bravado gone? Soaring out of the window after having witnessed Kyle’s antics a few minutes ago, that’s where, she thought sourly.

Mark merely smiled his enigmatic smile and she was forced to continue, without any help on his behalf.

“The winner will be awarded one full forty eight hour period with Petal in which to divest the pony of her anal virginity. She will be delivered to the winner naked and will be wearing an electro-shock collar that will ensure she does not use her voice at any point during the date. She will also be fitted with shock plugs, for which the winner will be given a controller, to ensure you have complete control and her full co-operation. Of course, these may be removed as the date progresses. Her hands will be cuffed in front of her and she will be wearing ankle cuffs, which will interconnect, to confine her movements to crawling at best. No keys will be provided for these and they must remain in place for the duration of the date. Are these terms acceptable to you?”

Mark hadn’t batted an eyelid during Isabelle’s description. He had already suspected that the terms would be limiting. It didn’t discourage his interest in the slightest. For what he had in mind, there was always a way around these little challenges. “Are you expecting any bidders of high-net-worth to be attending the event?” Mark was a firm believer that to be forewarned was to be forearmed. He was also fully aware that Isabelle was not permitted to give out these details, but they had been tentative friends for some time now, and it was a good way to find out where her loyalties lay.

“Um.” Oh goodness, where had all her eloquence with the English language gone? She sounded like a teenager. Get a grip, Isabelle, she told herself firmly. “I am not really at liberty to tell you that, Sir.” She could feel her hands become hot and sweaty in her lap, and she buried them underneath her desk to stop herself fidgeting.

“But you’re going to tell me anyway, aren’t you Isabelle?” Mark was pushing his luck, but he detected there was ground to be won in this game.

Isabelle gripped her hands tightly under the desk, fiercely debating her next course of action, before grabbing a pencil and a piece of paper. She began scribbling furiously. Raising her voice in a slightly petulant tone she said, “I’m afraid not, Mr Matthews. You’ll just have to wait and see what tomorrow brings. I wouldn’t want to spoil all of your excitement, you understand.” Having finished her short list, she angled it around so that he could see the five names upon it.

Mark cursed himself for being stupid. The walls had ears as well as eyes around here. He should have thought of that and acted accordingly. Thankfully, Isabelle was smart enough to have worked her way around it. Her back was to the camera and the piece of paper would not have been spotted. He nodded his acceptance of her statement for the video camera above him and made sure not to look in its direction. “Of course. You must forgive me for trying my luck.” He smiled.

Isabelle inclined her head. “Is there anything else I can do for you?” Her hand was shaking.

“I was just going to take a look at the trainees before I head back to the hotel. Where might I find them at the moment?” He asked the question with as much nonchalance as he could muster.

Isabelle pursed her lips and grimaced in an apologetic fashion. “I’m afraid Sir Lyle has them at the moment. He’s decided that they are to pick stinging nettles with their teeth in order to supply tonight’s supper.” When Mark’s eyes widened, she continued, “That is my thought entirely, but as he is the highest ranking official here today, there is no-one to tell him otherwise. I’ve been trying to get hold of someone who can override him, but typically everyone seems to be unavailable at the moment. If the novices go to the auction covered in nettle rashes, I suspect there will be trouble.”

He didn’t doubt it. There was also the possibility that one of the girls would be allergic to nettle stings and that would put Sir Lyle in a rather large kettle of hot water. Whilst there was no love lost between himself and Lyle, he did not want one particular pony suffering in that fashion; in many other fashions, perhaps, but not that one.

Escape is beginning to seem like an impossible dream…