Scintillating Sunday is back with the MileHighMuses and I’m in a dark, vampire kinda mood. You’ve been warned 😉

Imagine a famed vampire huntress with a taste for death. She’s so successful, not a single vampire has ever managed to escape her wooden stakes or evade her silver knives.

Her name is Violetta, and all that is about to change.

Monsieur Martinet, vampire extraordinaire, is a master of his kind and can exert the kind of control over humans that Violetta has never seen before. He is a powerful force – and he may well be unstoppable.

That’s going to be a problem because…

Violetta has killed every single one of Martinet’s monstrous family and he has a score to settle.

He’s going to abduct her, imprison her, and then tie her down until she begs for mercy. And that’s only the beginning…

‘My, my, my, such temper in one so young. You’ll need to learn to control that, sweetness, or I assure you there’ll be repercussions.’ It was clear by the tone of his voice that Martinet was amused and, if anything, it just infuriated her more.

‘I will never stop trying to kill you,’ she bit back telepathically. ‘Every waking moment you will need to watch me, because if you let down your guard for the merest instance and I find a way of ending you, it will be done. Leave me here, beast, and go find one of your own kind to torment.’

‘Oh, I would,’ came the now soft and menacing reply, ‘but you’ve killed all the ones in these parts, I believe.’ The voice that uttered those words was deadly. 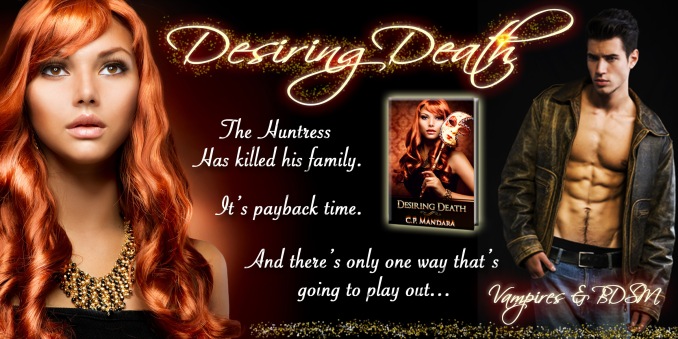