Glenda Horsfall was born and brought up in the beautiful city of Edinburgh.

From an early age she was an avid reader. She became engrossed in reading romance novels in her early teens and promised herself that one day she would sit down and write her own.

That dream has now been achieved with the publication of her first novel ‘Playing for Keeps’. A tale of Domination and submission, the story is also a romance with a Happy Ever After ending!

Glenda now lives on the Fylde Coast of England with her own hero. She has a grown up son and three beautiful grand-daughters.

Having worked for many years as an Accountant, she loves being able to let her creative imagination run wild as she creates romantic stories for you to enjoy.

Xander Doumas, wealthy, intelligent and gorgeous entrepreneur was not amused when pictures from within his private playroom started to appear in the gossip rags and on social media. The embarrassment caused to his family made him decide to take a break from the media spotlight and isolate himself on his remote Scottish island.

Chloe Davies had survived an abusive relationship but needed to relocate so she was no longer around when her ex was released, after serving the prison sentence he had been given for assaulting her. When she saw Xander’s ad for a Girl Friday she thought the job would be the answer to her prayers.

At her interview, Xander offered her an entirely different position. Short on funds and desperate to escape the clutches of her ex, she reluctantly agreed to become his mistress. Only after she had signed his confidentiality agreement did she realize that she had delivered herself into the hands of a Dominant.

Isolated on his island with Chloe, Xander still smarting from having his trust betrayed, struggled to trust Chloe as much as she struggled to submit to him.

He adjusted a lever and the stool position altered slightly. It didn’t move far, but it was enough to stretch her legs and have her standing on the tips of her toes. The position would allow her little advantage against him. She would have no choice but to submit to his mastery of her body.

She gave a small whimper and he stroked her back gently. “It’s alright. There’s nothing to be frightened of.” He continued to caress down her back and across her buttocks in a very non-sexual way as he waited for her to calm down. “Do you remember your safe word?”

“Yes, sir.” His heart lurched at her continued use of the phrase and he wondered if she was truly coming to accept him as her master.

He had to remind himself that she was new to all of this and to slow things down. He crouched at the front of the stool and lifted her head in order that he could look into her eyes. “The lesson I was aiming to teach this morning was about control. As your Dom it is my right to grant or deny your pleasure.” Her eyes widened as if he had shocked her, but she didn’t say a word. “When I tell you to close your eyes, I don’t expect to see you gazing at me. When I demand silence, I don’t want to hear a word. When I ask you not to move, I expect you to keep still. In here, you call me Master. Do you understand?”

“No buts, Chloe. Those are the rules of this game.” His tone was harsher than he had ever used with her before, but he wanted to make sure that she understood his intent. “What I demand, you give. Unless of course,” he quantified his statement, “you decide to safe word.”

He held his breath as he awaited her response. When she said nothing he released his hold and stood up moving out of her line of vision.

She turned her head and looked him straight in the eye. “That’s cruel!”

“Wrong, sweetheart.” He leaned forward and kissed her softly. “It’s control. Its pleasure beyond what you can currently imagine. It’s an exquisite form of torture.”

He stood up and walked around to her rear. He stripped until he was as naked as her then bent to retrieve his toys, which he placed on a nearby table. The sight of her rounded arse cheeks caused a bead of moisture to form on the tip of his cock and he bit his lip as he fought for control. He craved the day when he could bury himself in her forbidden entrance.

He ran his hands over the rounded globes, parting her cheeks with his thumbs as he ran them down the crease of her ass. She tensed and he watched as her puckered entrance tightened as the tips of his thumbs skimmed its surface. His fingers dipped lower and he found her already wet and swollen for him. He loved her response.

He knelt between her legs and slowly kissed and nipped his way up the length of her inner thighs. As he reached the apex, she tried to close her legs; an impossible task with his shoulders wedged between her thighs. His tongue lapped up the moisture that seeped from her body and he listened to her moans of pleasure.

He withdrew from between her legs and stood up. He leaned against her, allowing her to feel his erection between the cheeks of her arse as he bent forward and stroked his hands up the side of her body until he was caressing the underside of her breasts. He heard her breath hitch in her throat as she fought to contain her arousal. “Now sweetheart,” he whispered against the side of her ear, “we’re going to try a couple of my favorite toys.”

She stilled and it felt like she held her breath. He massaged her shoulders gently. “There’s nothing to be worried about. I promise you are going to feel wonderful.”

He laughed aloud at her expletive. He was going to enjoy this.

“Hold it, sweetheart.” He told her firmly. “I will not be pleased if you come yet.”

She groaned aloud at his command. “Soon, though. Please.”

As if she guessed his intention, she fought and tried to wriggle from under his hand. “No. Please. Don’t.” Her breathing was erratic and she became extremely agitated. He didn’t want to distress her, but she had to learn to trust him.

“Shhh…. calm down. Relax little one and I promise you, you will enjoy.”

He smiled to himself, pleased with her opinion of his build. He supposed it was only natural that she would assume he had intended to claim her arse, he had told her once before that the day would come. It wasn’t her fault that she didn’t understand that first he would have to stretch her so that she would be able to accommodate him. He had the ideal set of graduated butt plugs already in his bag for when that time came. Tonight the biggest thing he was going to insert into her, apart from his finger, would be the anal beads that had caught her attention in his cabinet. Her reaction to those and the strength of the orgasm they produced would give him a good indication of whether or not she would welcome him in the future. 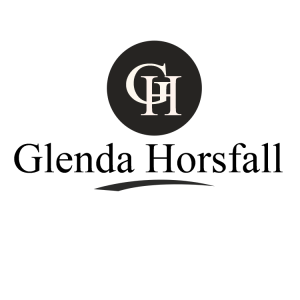 3 thoughts on “Playing By His Rules – By Glenda Horsfall #NewRelease!”