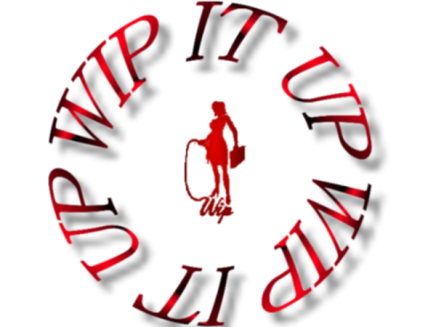 Hello and welcome to WIPITUP Wednesday… which is my favourite day of the week because… I get to share a little of what I’ve been writing at the moment. Y’all know I’ve been busy with ‘The Ties That Bind,’ but this week I’m back with Mark Matthews… and I love my delicious Dom. He’s disciplining Marianna for forgetting the rules with regards to the ‘panties around your ankles’ game. No clue what I’m talking about? Read on… 🙂 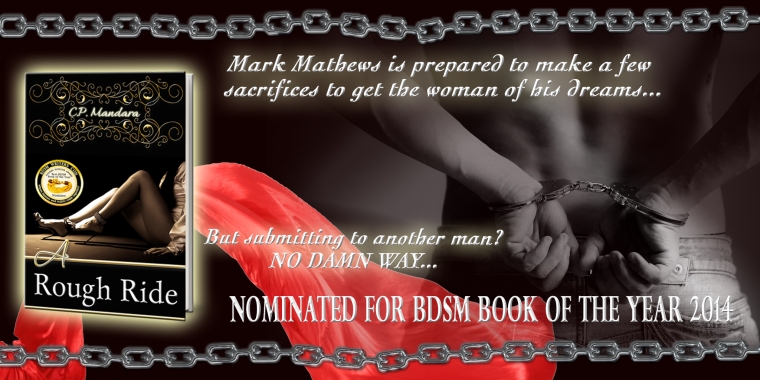 “Marianna. I think you have forgotten something.”

He loomed over her desk, giving her the full benefit of his dark and brooding look, before placing two wide-stretched arms out on either side of her. He filled her space, purposefully crowded her in, and watched her head reel back in panic.

“Sir,” a very small voice whispered. “I haven’t forgotten.” He watched her swallow carefully, before she rolled her chair back slightly to allow him to witness the pair of delicate lace panties that rested above the tight ankle straps of her black spike heels.

Mark smiled for a moment as he admired the pretty black piping and ribbon that decorated her relatively modest lingerie. The see-through thongs and diaphanous g-strings had obviously been abandoned for the time being, whilst her panties were to be on display to all and sundry.

He stared straight at her for several seconds without saying a word. She managed not to squirm under his intense gaze, but her facial muscles stiffened to the point where the woman looked painfully rigid. He finally put her out of her misery. “Ah, but Marianna, you have. Can you remember what I said yesterday evening, back at your apartment?”

Marianna lifted her eyelids upwards and let her gaze connect with his, perhaps hoping that staring at his face would help jog her memory. She didn’t manage to hold his brooding look for long though, and as her eyelashes fluttered downwards, she whispered, “Not exactly, no.”

“Hmm, I’m not entirely sure you’re telling me the truth, Miss Morreau, but we’ll give you the benefit of the doubt and let you rectify the situation. Does that sound fair?” Mark didn’t care one little bit if it sounded fair or not, but he was prepared to play the good guy for the time being.

“Yes.” It was a feeble little whisper.

“Good.” His voice nearly drowned out hers and the next sentence he uttered was even louder, enabling most of the office to eavesdrop in upon it. “I distinctly remember telling you that when you arrived at the office, you would bend over and push your panties down around your ankles. That meant that when you entered the door to this building, that would be the first thing you’d do. The fact that the whole office will witness your humiliation was to be part of your punishment. I did not say, nor imply, that you could hang your coat up, waltz around the interior, grab a cuppa and then sneakily remove your panties under the privacy of your own desk. So if you’re hoping that no-body in the office is going to witness your little faux pas, you’re about to be disappointed, Sweatpea. Unless you want to defy me, of course, and we can sort that kind of behaviour out in my special room for naughty girls. Your choice, Marianna.”

She chewed on the edge of her lip prettily and he didn’t miss the nervous tremor that went through her shoulders, but she was smart enough to play ball.”

“Did you want me to go outside and start all over again?”

Atta girl, Mark thought, as he slowly nodded his agreement. She’d just made her punishment ten times worse, because now everyone would be watching and waiting for the exciting little performance that was about to play out. “After you’ve completed your punishment, you may come and see me in my office. Now stand up.”

Marianna slid her chair back and stood up, watching as he came around the desk and then got down on one knee before her. “Let me help you with these, Sweetness.” Hooking each of his hands in the respective leg holes, he let his hands slide up her calves and caress her legs with his slow and lingering fingers. Letting his fingernail softly graze the skin of her outer thigh, he smiled as she sucked in her cheeks sharply. “You can’t still be aroused after all your fun last night, surely?” He tipped his head back to watch her trembling fingers flick a lock of hair from her face. It was strange, but considering he’d only taken an interest in this one just a few days ago, the effect he had on her was quite literally astounding. As his hands dragged the silk material higher, he heard her panting for breath with little, halting, faltering gasps. “Just a little higher, Marianna, and you’ll be back to square one. Although they both knew that wasn’t entirely true. The stakes had changed and the air was charged with sexual tension. As the panties finally managed to rest around her hips once more, Marianna let out a long painful breath and let her eyes gaze into the distance.

“Has anyone ever left your service before, Mr Matthews, Sir?” Her voice wobbled and wavered on the last, breathy note.

Mark slowly got to his feet and bending his neck to the left, watched Marianna wince as she heard it crack. He then lowered his gaze until his eyes were level with hers and they had locked their prey into place. “Not willingly, no. Are you going to be the first, Pumpkin?” He brought his right hand up under her skirt, gripped her sex in the palm of his hand and lifted her a clear three inches off the floor. She shrieked. He let his middle finger press down on what must have been a rather swollen clitoris, and was rewarded with a curdled yell. “Well, are you?” His finger swayed from side to side, tormenting the little nub through the now wet fabric of her panties.

“No,” she sobbed. It was swiftly accompanied by a, “Please put me down, Sir.”

His stare lingered. He drank in the heat which resided in the deep emerald depths of her eyes and watched the pulse in her throat as it ticked away. Reluctantly, he lowered her to the ground. “Be a good girl and be quick, Marianna. You and I both know you can’t take a spell in the naughty room today.” With a quirk of his eyebrow, he watched her swallow awkwardly, before she managed to gather he wits together and scamper from the room. Her handbag remained wedged under her desk, completely forgotten in her hurry to escape him. 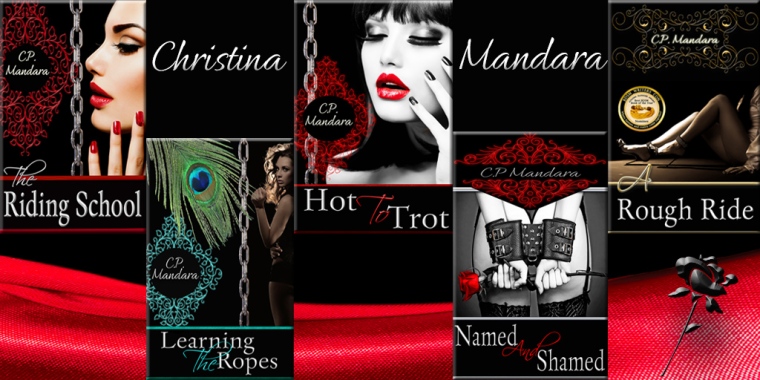