Hello fellow spankos and welcome to the WEEKEND! What have I got for you today? Sarcasm and lots of it… oh and some naughtiness… you know me 😉

‘Do you want to run, Violetta?’ His voice was a dangerously low drawl. He gave her mind an extra hard push to make sure she answered him this time. He knew she felt it, because her head snapped back in shock. Yeah and that’s only the half of it sweet pea, he thought.

‘Yes,’ she whispered and there was a hint of vulnerability now in her voice. She wasn’t lying, not that she would have been able to. He could feel her body trying to prime itself for flight, but that avenue was not open to her. To be fair, just about all avenues were locked down and closed, but it would take her some time to realise that and get used to his omnipotent presence. He would look forward to the day she gave up fighting him, but suspected that once it happened her appeal would dwindle significantly. He wasn’t going to let the thought concern him, there was always death for her to look forward to.

‘So, are you going to answer my earlier inquiry? Are you wet for me, precious?’ He began to double the belt over in his fist, forming a slanted ‘O’ shape and tapped it against his palm a few times for good measure. Meanwhile, he watched her lips intently and waited for them to move.

‘Oh, I believe I already did,’ she murmured and smiled sweetly at him. The shock of her cheeky riposte nearly, oh so nearly, made his breath catch. So she had been playing with him? Unheard of. The fighting hellcat was back. How exquisite.

‘I can make you answer me in a polite fashion the easy way or the hard way,’ he said, before unleashing his killer smile.

‘You’d better get used to the hard way, then,’ she said, letting her violet eyes bore into his.

Martinet bent his neck to the left until he heard it crack. This one had plenty of cheek, and in more than one area. Clearing his throat noisily he said, ‘Good. I much prefer the hard way. But you do realise this might hurt, cherie? What with that poor arm of yours, I’d have thought you might have wanted to play it safe.’ The mocking words dripped from a honeyed tongue.

‘I’m a huntress,’ came the sharp retort. ‘We’re taught to handle pain. She glared at him with wonderfully narrowed eyes and her pupils were so large they nearly obscured her pretty, violet irises. ‘I’ve had vampire talons sink their wrath into my back, arms, legs and breasts. Fangs have tried repeatedly to sever prominent arteries in my neck and thighs. Fists have broken my nose and bruised my ribs. Nothing you can do with your belt will compel me to answer the question. I can withstand a great deal of torture.’

Martinet merely smiled. It had been a magnificent speech, but it had little merit upon the methods that he was likely to use. He decided to re-educate her on the matter. ‘Ah, but this isn’t going to be the same kind of torture you’re used to, cherie. This will be a mix of pleasure and pain, and when we combine the two, I think that pretty pink tongue of yours will start telling me all sorts of secrets, without my having to search for them.’

She didn’t deign to respond to him, but her eyes, those gloriously vivid eyes, told him all he needed to know. This was a battle she expected to win. Little did she know, but there wasn’t a female in the land who’d managed to best him at this game and she wasn’t going to be the first. 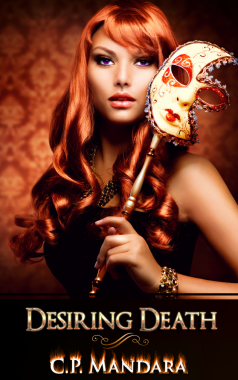