Is it the weekend already? Where did the week go? Have I sent my Christmas cards out? Err… just about. Have I wrapped anything up? Err.. just my latest novel. Check. So what have I got for you this week? An excerpt from ‘A Rough Ride,’ the sequel of which I’ll begin working on shortly. So watch this space 😉 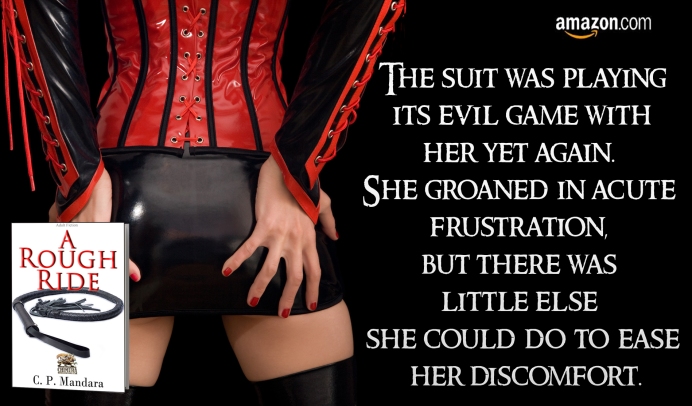 “Define ‘good behaviour’ and ‘rewards,’ she said testily, as it took all the will power she had not to pull her hips up from her seat and grind her clit into Mark’s clever fingers.

Mark’s lips twitched as his free hand reached up to stroke his jaw. “Good behaviour is doing exactly what I tell you to do. If you can figure out what I’m going to ask you to do before I’ve said it and act accordingly, you get bonus points.”

“Fantastic,” was her clipped reply.

“As to rewards, I’m open to suggestions. What would you like, Marianna?”

Marianna appeared to consider his question thoughtfully. As his fingers swirled over her clit and her tongue caught in her throat, she finally managed, “To catch up on a year’s worth of fucking.”

To all of those who voted for me – thank you so much! ❤

Now get your hat and join the party: