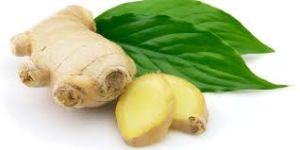 When I first wrote an article on figging some years ago, I received, not surprisingly, a heap of e-mail from lifestylers who had never heard of this. They were most appreciative to have received the information though, and many were anxious to try the technique. I thought that with a new crop (no pun intended) of Doms and subbies entering our community, I would rewrite the article. If you’re already familiar with figging, you may skip to the next informative article on the list. If figging sounds like an old Scottish sport, you’d better stick around and read on. 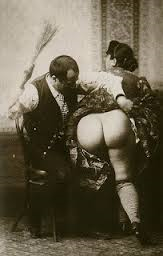 While there is still controversy as to the origins and reasons to figging, it is fairly well agreed upon that it dates back to the Victorian era. Mentions of figging can be found in some Victorian literature. Back in those days, the Victorians were a fairly bawdy, perverted, kinky bunch behind closed doors (ya gotta love them). Caning, a very popular form of punishment, especially for the female miscreant, was elevated to an art form itself. There is evidence that figging actually had its beginnings when ginger was used in a caning victim’s anus to prevent her from clenching her buttocks during punishment. While I’ll expand on this later, clenching one’s butt while it hosts ginger causes an intense burning sensation. Now why the Victorians didn’t want to see the victim clench her rear is beyond me. I mean, that is one of the best parts and furthermore oh, yeah, figging. Sorry about that. Somehow, the practice was picked up as a technique unto itself in the lifestyle. I have practiced figging for many years and have turned many subs onto it. While it is a fairly easy technique to master, some care is necessary and proper preparation is required. So, let’s delve into the world of ginger (or Gilligan and Mary Ann).

Ginger, in its natural state, is sold as a “hand”. For you non-gourmets, it’s called a hand because it somewhat resembles one. The protuberances from the hand are called, yes Martha, fingers. Unfortunately, many supermarkets now precut the hand into fingers and package them as a convenience. What’s the matter with them! Don’t they realize they are making it difficult for us Doms to torture our subbies butts??!! I mean really sorry again. Stay away from the precut stuff unless you’ve had enough experience to safely play with small fingers. Celeste, no wise cracks here!! Find a place that sells a hand. If the supermarket doesn’t have any, visit any oriental grocery store.Buy the largest hand you can find and scurry it home. Keep the entire hand in a cool dry place until you are ready to use it. The sooner you use it, however, the better the effect unless you age it properly which I’ll get to later. When play time rolls around, I usually like to have my sub bound, face down on the bed over a pillow. No blindfold here. I make it a point of allowing her to watch and hear me prepare the ginger. The anticipation is spectacular especially if she’s never experienced it before. The gyrations generated from the anticipation alone are well worth the experience. Now you are ready to cut a finger of ginger from the hand. Unless the fingers are very long, do not cut the finger off at the joint of the hand. Remove the finger by cutting down into the palm of the hand so that you get a long, uniform width finger. I like to use a finger no smaller than 4 inches. Longer is better. Take a paring knife or vegetable peeler and remove the brown skin. Make sure all the skin is off as well as insuring that all the bumps and knots are cut off and smoothed as well. Try not to remove too much meat underneath, as you want to retain as full a finger as possible. Take your time and don’t rush this step. As you work, rinse it under cold water periodically to help wash away pieces of skin. Ginger is fibrous and sometimes takes a little time to prepare properly. If you’re into oriental cooking, you’ll love the delicate ginger aroma that is released as you do this step. The smell is a great stimulus for the sub as well. It heralds things to cum (yes, pun intended). After you have the skinned root all smooth and nice, you now have to perform the tricky bit. With the paring knife, about two-thirds of the way down the root, carefully carve a concavity around the finger. This will act as a retention device. Similar to a butt plug where the sphincter locks around the tapered portion of the plug, the concavity will do the same thing. Make the ring no more than a half inch wide. Remember; do not taper the finger all the way down to the end. You want full circumference of the finger two-thirds of the way down, a half-inch retention ring and then full circumference continuing down to the end of the finger. Do not carve out too much however, as this will weaken the finger and increase the possibility of breaking it while in the sub. You don’t need a very deep ring for retention. After you have carefully completed this step, rinse the finger off and dip it in cold water. Make sure the tip of the finger is sufficiently rounded. You can always touch this area up with a knife or peeler. Now it’s ready to insert. Unlike your own finger, you do not use lube with a ginger finger. Lubricant acts as a sealant and prevents the ginger moisture from doing its thing. Instead, use the cold water to keep the finger wet. Slowly insert the finger into the sub’s anus. DON’T RUSH HERE. TAKE YOUR TIME. Wet ginger is slick enough to slide in with care. When the anus finally opens and accepts the ginger, slide it in up the ring and let the sub close around it. The beauty of ginger is that it takes a little while for the effect to take place. Once it begins, it builds steadily. While you are waiting for the fun to begin, go wash off your hands. You don’t want to touch your eyes or your sub’s eyes by accident with ginger on your hands. Now sit down in a comfy chair and enjoy the show.

Most submissives will become rather vocal as the ginger works its magic. Depending on the fortitude of the sub, the potency of the ginger and how much of a mind-fuck you prologue with, the reactions will vary. A few subs have reported that the ginger doesn’t do any more than, let’s say, Ben Gay, however, they are far and few between. Most subs report that the effects were far greater than they imagined. Different strokes for different folks. To increase the effect, pinch your sub’s buttocks together and hold them for a minute or two. This causes a big boost in burning sensation and if done every so often, keeps your sub awake. The effects of the ginger will last approximately twenty minutes or so, after which, the effects diminish rapidly. The nice thing about ginger is no matter how intense the effect on the sub, you won’t hurt her/him and it is short-lived. Once the sensation ceases, remove the ginger and go about your other session business. Ginger also has a property that puts it far ahead of any ginger wannabe substance. The juice of the root has the ability to cause incredible horniness. I have had subs begin to sob, begging to have something inserted into their pussies and to have orgasm. The reaction is tenfold if the ginger juice comes in contact with the clit. Cut a small slice of ginger, making sure it has one flat side. Place this side directly onto the clit and hold it there. Depending on anatomy, some women will be able to retain the slice on their clit without assistance. Apply ginger to the clit while the ginger butt plug is in place and watch the fun. I have experienced some of the most stunning results with subbies using this technique. I don’t have a perfect scientific explanation as to why ginger causes such an aphrodisiac effect but suffice to say it works.Being an equal opportunity lifestyler, I don’t want to forget the male sub and his Domme. Ginger is dynamite for CBT. Cut a julienne slice of peeled ginger. It should be approximately 1/8-1/4 inch wide by at least 1 inch long. Make sure it is smooth and that the edges are rounded. Use the paring knife “gingerly” for this task. Make sure your sub is tied down face up. Dip the ginger in water and slowly insert it into the urethra of the cock. Make sure you leave enough sticking out to be able to remove it easily. The effect of ginger in a cock is almost immediate and the sub will react quite vigorously. The burning is incredibly intense. If it become too much for your sub, remove the ginger and give him a minute’s rest. When the ginger is removed, the burning sensation drops dramatically. You can place it back down the cock to resume the fun. Eventually, the sensation will wear off but not until the sub is spent. Now for a little technique that will “turbocharge” your ginger. Using your ginger soon after you buy it will assure potency. Storing ginger, unprotected, for long periods of time will rob it of its “zip”. However, if you have any ginger fingers left after playtime, place it in a sealed, plastic bag and place it in the veggie bin in the refrigerator. Now, like the aging of fine wine, forget about it for a while. After a few days, check the ginger. If things are going well, the inside of the bag should have moisture on it. If a little mold has formed on the ginger, it’s time for play. If not, put it back in the bin for another day or two and check it daily until mold forms. The mold is harmless and does not penetrate the tough, fibrous skin of the root. Peel and prepare the ginger as before and play as usual. But look out! The juice of the ginger has increased dramatically in potency. If you think you had a good time when the ginger was new, wait till you play now! Any unused ginger should be discarded at this point. Two words of caution. First, if your sub is allergic to ginger (I haven’t run into one yet), don’t play with it. You can ignite an allergic skin reaction. Not good. Second, if by some chance the ginger breaks off in your sub’s butt and you can’t retrieve it, don’t bother with emergency rooms. They will only cause you a hassle. Instead, just throw your sub into the wok with some chicken and enjoy.

Christina Mandara: Yes, it’s going to be in the new book. Yes, I am evil 😉